When you take a step back, you may be surprised at how many bank fees, charges and costs we take for granted.

As a result of their cosy oligopoly, Australian banks have become the most profitable in the world, collecting $31.5 billion in profit this year. That’s after bank CEOs take $30 million a year in salaries and bonuses. But have you ever wondered why some fees exist at all – or what could be done to get rid of them?

Fortunately a new breed of technology-focused financial upstarts (‘fintech’ for short) has emerged in Australia and around the world to leverage technology to change the way people and small businesses transact and manage their finances.

By delivering financial services in a more cost effective, convenient and consumer-focused way, many of these online players are winning over disgruntled bank customers.

In the US and Europe many ‘fintechs’ have become mainstream and in Australia, the fintech revolution is growing. We believe that over the next few years many fintech businesses will become household names as they revolutionise financial services.

Some argue that the banks won’t let this happen – they’re too powerful and have too much riding on it to let smaller players eat their lunch. But disruption has a habit of transforming industries much faster than incumbents have time to respond.

If you’ve ever travelled or sent money overseas you’ve no doubt been stung by currency conversion fees which can be as high as 6% once you include all costs.

However this may soon be a thing of the past thanks to peer-to-peer currency transfer services like TransferWise. By matching people who want to swap currency, fees can be 70-90% lower than Western Union or bank charges for transferring funds abroad.

Locally, OFX has also grown rapidly to become one of the world’s largest foreign exchange services, helping over 200,000 people move money to 80 countries. In October 2018 the Australian Competition & Consumer Commission announced an inquiry into foreign exchange charges, hopefully the beginning of the end of rip off currency fees when we travel overseas.

Superannuation and investment fees are arguably Australian bank’s largest swindle of all. Australians pay over $20 billion each year in superannuation fees which the Grattan Institute suggests could easily be halved.

Research consistently shows that because of high fees, retail super funds and managed funds are draining our national savings and underperforming even a portfolio of low-cost index tracking funds. Our Fat Cat Funds Report shows year after year that high fees can reduce how much you have at retirement by over $250,000.

Globally, online investment advisers (robo advice in fintech speak) have infiltrated the wealth management industry by making sophisticated low-cost investment management available to a much larger group, at the click of a button.

We’re proud to have pioneered online investment advice in Australia since 2013. We’re committed to creating transparency and empowering Australians to become better investors and avoid the crippling fees that can have a huge impact on your future wealth.

Getting a home loan can feel like a battle against the banks, brokers and their trailing commissions and hidden deals. They both make it difficult on purpose to know if you’re getting the best deal for your personal situation.

The Royal Commission into Banking Misconduct revealed that brokers can earn bonuses from lenders for writing a certain number or value of loans within a specific time period. Many are offered special ‘soft payments’ like football finals tickets and expensive holidays. It means you can’t be sure if your broker is acting in your best interest or their own.

Online mortgage brokers like Uno Home Loans have started popping up to tackle some of the conflicts of interest. Their technology assesses your individual situation against 50,000 lender rules on interest rates, loan features and credit policies and displays a short list of mortgage options best suited to you. The result is more analysis than a human broker could ever do. They reckon about two-thirds of their loans go to non-major lenders.

Try getting a personal loan with one of the big four banks and you’ll be looking at a comparison interest rate somewhere between 14% plus per annum. This is because the banks put everyone in the same risk basket so people who have excellent credit and are highly likely to pay back the loans get the same rates as those who aren’t.

Peer-to-peer (P2P) lending businesses like RateSetter are challenging that bank model by creating a marketplace for loans. People with extra savings can set the rate they’re prepared to ‘lend’ at and private borrowers get a fair market price for their loans.

For many people this matchmaking service can bring down the lending rate by about 4-6% per annum which might mean thousands less interest paid over the life of the loan.

At most shops or online stores it’s still hard to avoid credit charge surcharges. These are fees imposed by payment giants Visa, MasterCard and American Express and in many cases are passed on to consumers at checkout. The costs typically range from 0.5% to 3.0% – which can be a lot of money on big purchases like flights or hotels.

So what are the alternatives? Jost Stollman, former CEO of Tyro, the only competitor to banks in card transaction processing in Australia, suggests that while hundreds of hopeful startups innovate at the edges, the four major retail banks, Visa and MasterCard have solidified their dominance in recent years. “The barriers to entry to take on Australia’s banks, and to scale up remain enormous,” Mr Stollmann said. “Only PayPal has been a significant new player.”

Longer-term, technology developed for digital currencies like bitcoin will break down the stranglehold banks and the payment companies have over merchant payments. The blockchain is like a central ledger recording every transaction, which some say could replace payment networks like Visa and MasterCard and even central bank settlement systems and bank payment infrastructure providers like SWIFT.

The future is fintech

The digitisation of financial services follows in the footsteps of industries like media, travel and retail which have all gone through immense change over the last 20 years. In each industry, large incumbents have been dethroned by nimble technology upstarts who have been willing to reimagine how things can and should be done.

The next 5 years will see the same level of change sweep through financial services in Australia. Payments, lending and investing will all be transformed by technology.

As Bill Gates famously said in 1994, “Banking is essential – banks are not”.

Stockspot: Explaining how it worksOnline investment advice is still relatively new. We’re often asked is ‘how does Stockspot really work?’. 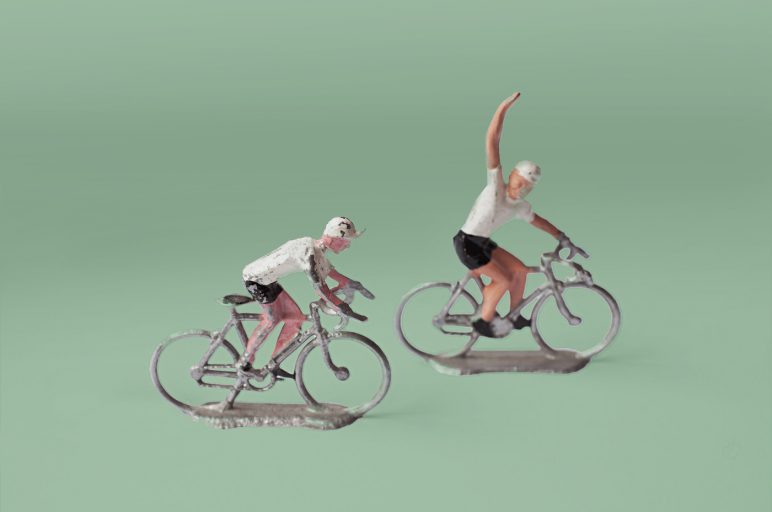