Last month I had the privilege and honour of speaking to an investment industry legend.

Over a stunning 40-year career, this man helped pioneer passive investing, making it accessible and affordable for millions of people around the world. In the process he helped build not only the most successful investment company but also one of the most successful companies in the world.

I am talking about Jack Brennan, former chairman of The Vanguard Group.

Vanguard pioneered index investing and is now the second-largest provider of exchange-traded funds (ETFs) in the world. Vanguard manages more than USD 8.5 trillion dollars. A staggering amount that is much bigger than the GDP of many sovereign countries.

During his one-hour chat with the Stockspot team, Jack was gracious in sharing his insights, peppering the talk with stories about his time at Vanguard and what makes a good team.

Four things really stuck out for me from the discussion about what makes a company a good place to work.

Jack spoke about the need for a mission or a purpose for your organisation. Why does it exist? What purpose does it serve? What are you doing for your clients?

This point really struck me as I have always wanted to make Stockspot big on mission. That is, we exist to help people invest in a way that is easy, safe and consistent so they feel confident to achieve their financial dreams.

Jack pointed out that at Vanguard, they didn’t just offer a job. They offered employees a career. Employees could start in one area of the company and work their way up or work their way across the organisation. When Vanguard first started, employees had to do many jobs across many areas. Today, as a company that employs more than 17,000 the scope to do more roles is still there, albeit in a structured way.

This is important, as it provides opportunity for staff who perhaps have management aspirations. Or for staff who don’t necessarily want to manage but want a role (or roles) they can keep working at instead.

Perhaps the most significant thing Jack said was that Vanguard tries to maintain the highest integrity in the office. This comes in the form of a one strike policy as opposed to a traditional three strike policy. That is, ethical failings are not tolerated, and dismissal would be a likely option. This might seem harsh, but on reflection it made sense. An organisation that tolerates bad behaviour is likely to become toxic at best and criminally negligent in some extreme examples.

Related to the mission, Jack was also keen to highlight that a good workplace is one with a winning attitude. That is, they want to do well internally and externally for clients.

Whether it’s a new technology application that improves efficiency for the employees or making consistent and steady returns for clients, the organisation needs a winning attitude.

These four bits of advice matter as much as the technical side of actually making money for clients.

Jack was also forthcoming with advice as to what is important for an investment firm.

Jack believes that being consistent was a big driver of Vanguard’s growth over the years and decades. Vanguard did this by avoiding the fads of the day and sticking to the fundamentals and their investment philosophy. Fads come and go, but the fundamentals stay the same.

When asked when he knew Vanguard was going to make it as a company, Jack said his confidence grew year by year with the real—as opposed to theoretical—data that showed the consistent benefits of disciplined, low cost investing.

Indexing was a concept for individual investors when Vanguard started the first retail fund in 1975, with each passing year, and an expanded product lineup, it became more and more clear that indexing is the winning, long-term strategy for people.  It took a while for that idea to take hold—it’s not glamorous, of course— but once it did, it has been a great engine for client outcomes.

3. Time in the market

Jack highlighted the conflicts that have led the funds management industry to wrongly promote the idea that stock picking or market timing (known as active investing) are more successful than indexing in down markets. The big down market in history like 1987, 2000, 2008 and 2020 have proven that indexing performs better in down markets too.

Jack relayed that for the majority of Vanguard clients, when there is a downturn, they don’t panic, and they don’t redeem their funds as they know they have a well-diversified portfolio that protects against downturns.

The conversation with Jack was packed with more advice, nuggets of wisdom, and anecdotes ending with some light humour around his support of the Geelong Football Club. A team introduced to Jack by a former Australian colleague of his.

Speaking to Jack was a career highlight for me and helped reinforce why I started Stockspot. 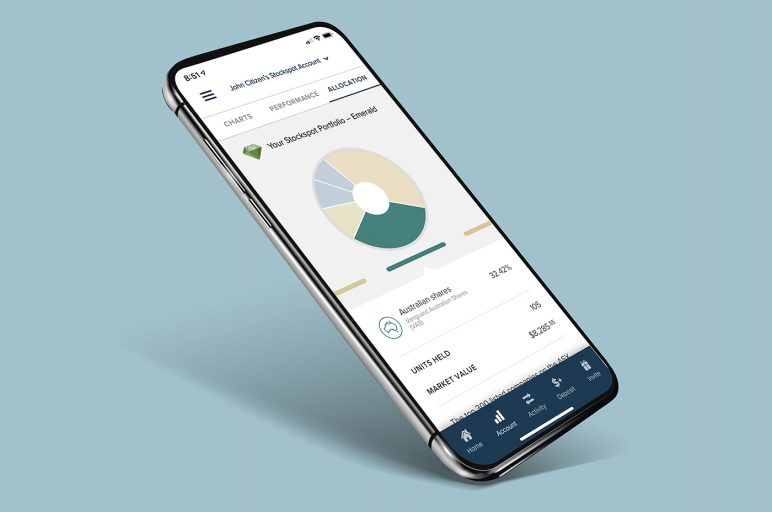 Stockspot Performance Update: March 2022The last quarter has been dominated by conflict in Europe, rising inflation, and rising interest rate expectations around the globe.