The recent turmoil in global markets has been aggravated by 2 countries on opposite sides of the earth.

Greece, which makes up a minuscule portion of the global economy has destabilised world markets because of the flow-on effects that could result from an possible exit from the Eurozone.

Meanwhile the Chinese share market which rose 150% in the 12 months to June, has now collapsed more than 35% from its peak, and with it brought wild gyrations in the markets of its regional partners, including Australia.

For an investor with a well-balanced portfolio, the impact of these crises has been more moderate. For example, the 3-5% falls our portfolios have experienced from their April peak are well within the normal range of moves that can be expected year-to-year since we have near zero direct exposure to Greek shares and only 1-3% in Chinese equities.

Diversification across countries, currencies and assets has helped prevent much larger falls, while investments like our Global top 100 shares ETF (IOO) remain within 1% of their all-time highs.

Notwithstanding, once the dust settles there are some valuable lessons that can be learned from the situations in Greece and China, particularly on the dangers of debt and leverage.

1. Keep your debts under control

The history of the Greek crisis can be traced back to the 1990s. Before Greece joined the Eurozone, investors considered it a middle-income country with a track record for corruption and poor tax collection (i.e. a credit risk).

But then something surprising happened, Greece joined the Eurozone and investors concluded that Greece was no longer a credit risk, figuring that other Euro members would bail Greece out if they were ever to get into financial trouble.

Faced with this sudden availability of cheap money, Greece did what many people with a spending habit and poor credit history would do given the offer of a cheap line of credit – it began borrowing lots of money, and spending it fast. 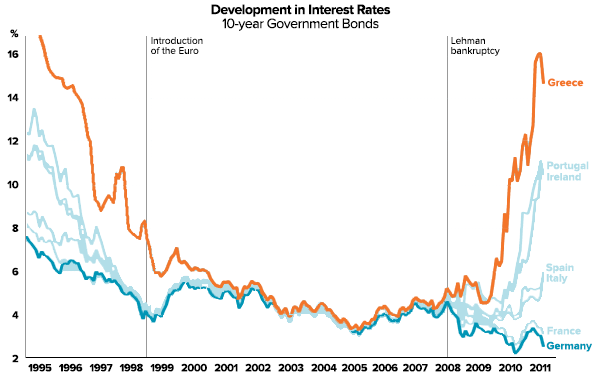 But as Greece’s debt rose, markets started to question both the country’s ability to pay it back, and more importantly, the willingness of other European nations to bail it out should it get to that point. This led to first ‘Greek crisis’ panic around 2010 when interest rates on Greek debt first started to spike.

Interest rates on Greek debt have continued to rise for 5 years now and those high interest rates now make it near impossible for Greece to borrow or pay its debts.

Miniscule tax collections by a corrupt public service was only one side of the ballooning debt ledger for Greece. The Greek government also used the cheap money to pay a bloated, inefficient and corrupt public sector as well a ridiculously generous public pension scheme. 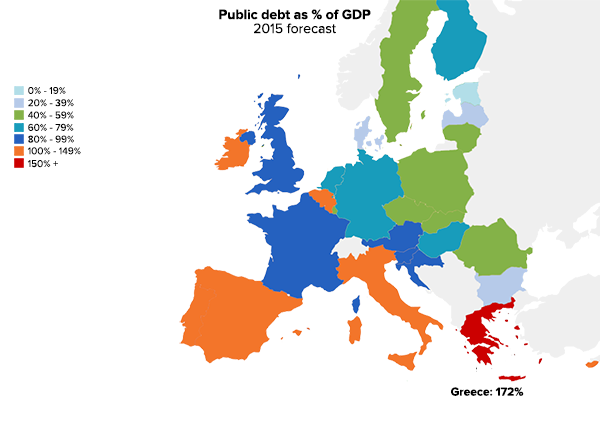 With a debt-to-GDP ratio of 172% (compared to 27% in Australia), the rest of the world is now unwilling to lend to Greece so the country has been forced into accepting the harsh terms of a bailout package from Europe to avoid being thrown out of the Eurozone.

The European governments called the bluff on Greece’s moral turpitude because they correctly reasoned that their own voters would not swallow it. Those citizens, including from countries much poorer than Greece, had already accepted harsh measures to preserve their own futures.

There are great lessons to be learned from the Greek predicament – first and foremost to spend only what you can afford. If you decide to spend money you could have put aside for your future, don’t rely on the government to bail you out in your retirement.

Greece is also proof on why you shouldn’t use other people’s money to fund expensive luxuries. With mortgage rates now under 5% in Australia it may be tempting to refinance and spend the interest savings, but paying down debt while interest rates are low will most likely turn out to be a smarter decision.

Financing expensive luxuries with borrowed money always means you’ll need to make bigger sacrifices in the future. As Greece discovered, borrowing rates don’t stay low forever so if you can fight the temptation to spend, low rates can be an excellent opportunity to get ahead on your repayments, cut debt and save.

2. Beware the addiction of margin investing

In the last couple of years, Chinese regulators have relaxed strict limits on buying shares with borrowed money (i.e. leverage). As a result, the volume of ‘margin lending’, as it is known, has soared. A 5x surge in margin lending had helped propel the Shanghai index up more than 150% in 12 months. 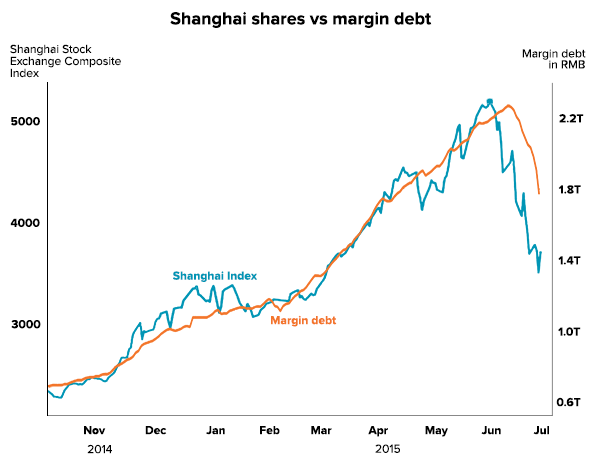 On the way down, leveraged investors have been selling their holdings to repay their loans, magnifying the speed of the collapse. While margin lending has declined by US$133 billion since the mid-June peak, it’s still more than triple the level from a year earlier.

About US$3.9 trillion has been lost from Chinese market valuations since June, more than triple the total gross domestic product of Australia and 16x the size of the Greek economy.

As famed investor Warren Buffett highlighted about leverage in his 2010 shareholder letter:

“When leverage works, it magnifies your gains. Your spouse thinks you’re clever and your neighbours get envious. But leverage is addictive. Once having profited from its wonders, very few people retreat to more conservative practices. History tells us that leverage all too often produces zeroes, even when employed by very smart people.”

In our recent ETF Report, we highlighted that the Chinese ETF (IZZ) was the best performer over 12 months but warned against chasing ETFs that have done well recently. Chasing any investment because it has performed well in the recent past is fraught with danger because assets eventually return to their long-term average returns.

Investors that chase popular themes are usually disappointed when their investments, like Chinese shares, come back to earth. This is particularly true when investors chase ‘hot’ markets with borrowed money.

As the old adage goes, “If it sounds too good to be true, it probably is”.

Recent years have seen the growth of wealth management structured products in China. These financial products were originally like term deposits in Australia, investing in relatively safe assets and offering Chinese savers a higher return than they could get in the bank.

But as the structured product market became more competitive, bankers have faced pressure to boost investor returns. As shown in the chart, most financial products offered returns of 3-5% percent in early 2013 but grew to offering 5-8% as time progressed. 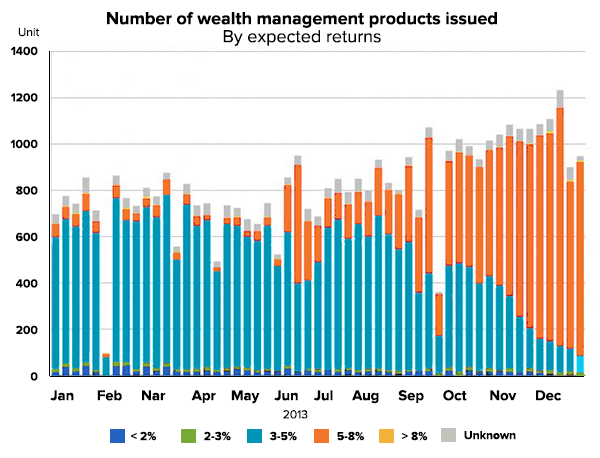 But with higher returns, come higher risks. To achieve these higher returns, banks have been doing riskier things with their funds such as lending to property developers engaged in risky projects, or even to businesses and individuals who want to invest in the stock market.

While markets are rising, this type of activity doesn’t appear risky because the lenders get their higher returns and borrowers can profit. But as stocks fall, borrowers start losing on their investments and lenders stop receiving the stable returns they were expecting. And that’s a problem because many savers believed these products were safe – like a savings account. 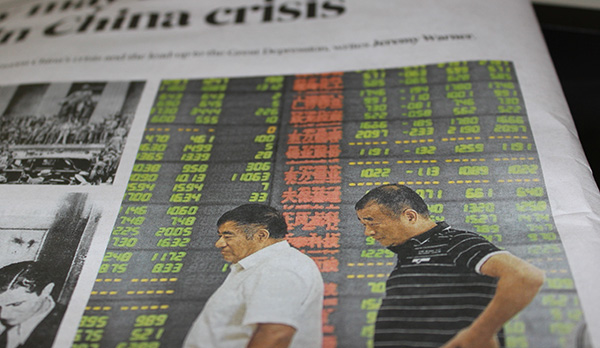 Over the past month, Chinese stocks have become the most volatile among major markets (after Greece) as retail investors have been forced into selling losing investments. A measure of 30-day volatility on the Shanghai exchange reached 56, the highest since the financial crisis thus proving that the promise of higher returns goes hand-in-hand with higher risk.

The Greek crisis and Chinese market collapse offer timely lessons on the dangers of using borrowed money to invest and importance of living within your means.

They also highlight the unbreakable relationship between risk and return when investing. Keeping these lessons front of mind when making any investment decision can help you avoid the plight many Greek citizens and Chinese investors now find themselves facing. 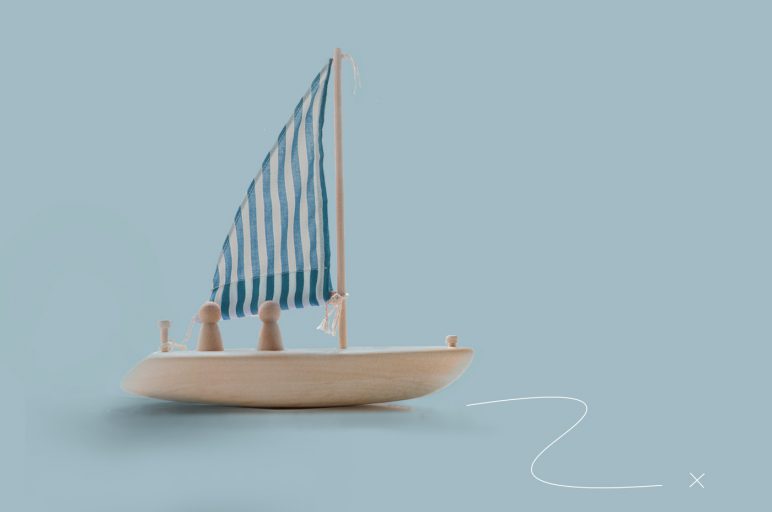 Choosing the best investment app or robo adviserHere are 6 important considerations for anyone looking at using a robo-advice service or automated investment app. 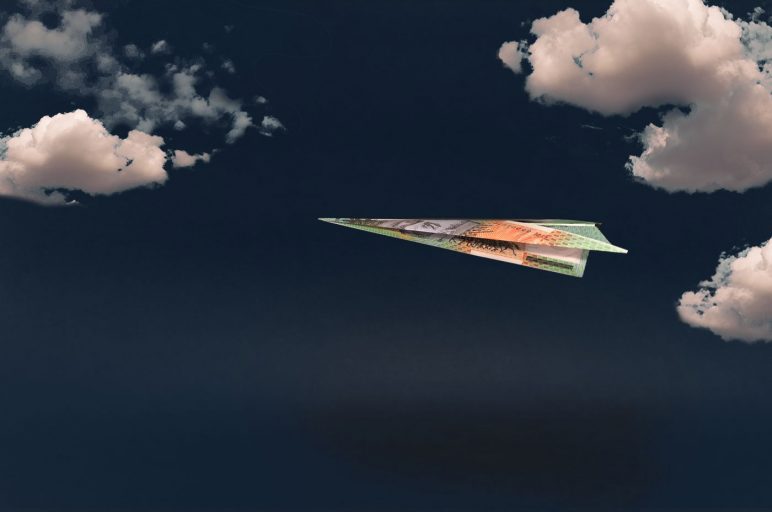