The ‘Dunning-Kruger Effect’ is a cognitive bias which causes people of low ability within a field to have the illusion of skill and mistakenly assess their own ability as greater than it is.

The concept was officially coined by the psychologists, Dunning and Kruger, who won the Ig Nobel Prize in 2001. The result of this cognitive error is that people who are incompetent at something are unable to recognise their own incompetence…

You’ve probably recognised the Dunning Kruger effect before… watching people who enter Australian Idol or The Voice who think they can sing, but really can’t.

Or the P plate drivers who rate their driving skills as better than their parents. The Dunning Kruger effect can be seen in all walks of life and it can have embarrassing (and dangerous) consequences.

What we know is that people tend to be most confident with a little bit of knowledge but only after time do they realise that they knew less than they thought.

Investing is one of those areas where it’s easy to get confident in your own skill, and quickly. Especially after a few wins. The very first share I bought in 1996 rose by 22.8%, I thought I was a genius and I quickly gained confidence. 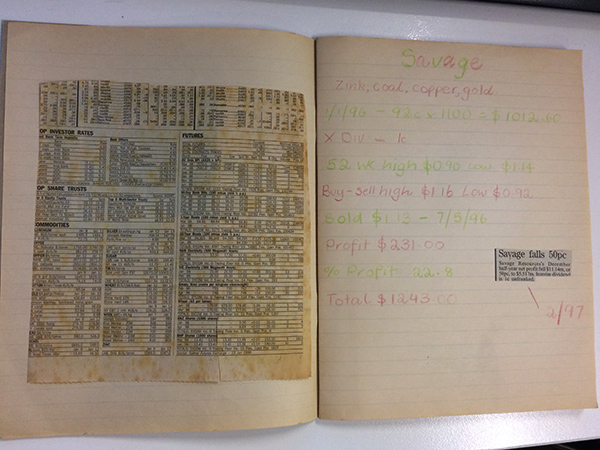 But in truth I had no advantage over every other speculator. Many first time investors fall for the same costly illusion. The fact that 80% of professionals can’t beat the market by picking shares should tell you that picking shares is an endeavour almost entirely decided by luck, not skill.

The same goes for those speculating in bitcoin and cryptocurrency which I wrote a fortuitously timed blog on in December 2017: Should you invest in bitcoin.

Many of the people buying bitcoin in late 2017 appeared to know very little about investing and were only buying because of FOMO. Many of these same people were self-proclaimed cryptocurrency investment experts predicting never ending profits with an increasing level of conviction despite having little experience with market cycles.

One such expert sat on a panel alongside me on the Weekend Today show in January 2018. He had made a fortune ($4 million) on Power Ledger, and Australian-based crypto token which had exploded in value from $0.15 to $1.60 in less than 2 months. That’s a 1,000% return!

The paradox of expertise

“The broader and deeper your knowledge, the more readily you will say “I don’t know,” thereby convincing the typical person that your knowledge is narrow and shallow.”

Finance is one of those fields where the term expert is a loose concept. There are plenty of finance commentators who are called experts because they speak with confidence and conviction about the future, however that doesn’t mean they’re right more often than wrong.

Many market commentators would be better described as ‘investment sales people’. While they might have the gift of the gab, the fact that they can talk about a lot of different investment topics with conviction makes everything they say rather unhelpful since you never know whether they have real expertise or are suffering from the Dunning Kruger effect.

What I find more valuable is identifying experts who are prepared to say ‘I don’t know’ often. That way when they do have an opinion you can be confident it’s within their circle of expertise. As Warren Buffett once said “It’s a terrible mistake to think you have to have an opinion on everything”.

Know how much you know

As an investor, the most valuable knowledge you can have is not whether markets are going up or down, or what share to buy. It’s knowing how much you really know.

It’s okay to know a lot (some people do!), and ok to know only a little, so long as you realise. What matters most is accurately assessing where your unfamiliarity begins and not fooling yourself into thinking that you know more than you do.

Rather than guess what’s going to happen next, if you can predict how you’ll react to an unpredictable future, you’ll have something that most overconfident experts are missing: self-awareness and humility.

How does anchoring bias affect your investing?Anchoring is our tendency to grab hold of irrelevant information in the face of uncertainty to make decisions.