Listed investment companies (LICs) used to be one of the best ways for an investor to gain access to a broad range of shares in one transaction.

Throughout the 1900s, ASX listed LICs became more popular with everyday Australians because of the diversification they offered across sectors and countries.

Fast forward to 2021 and the case for LICs no longer stacks up for investors when you compare them to exchange traded funds (ETFs). Our analysis reveals ETFs are superior in every measure; transparency, liquidity, certainty, fees, tax efficiency and most importantly, returns.

When you look at the data, this becomes even more shocking:

See how our ETF portfolios have performed
View returns

Why are LICs still popular?

Unfortunately for investors, many stockbrokers and financial advisers continue to recommend LICs instead of lower cost index ETFs. This baffles us since ETFs have clear benefits over LICs, not least their lower fees, greater transparency and better performance.

As with most aspects of the finance industry, the motivation is largely self-interest. Stockbrokers and financial advisers were paid a healthy commission to recommend new LICs to their clients via a ‘stamping fee’.

Once the LIC is listed and the stockbrokers and advisers have collected their commissions most LICs trade well below their net asset value (NAV).

LICs were another excellent example of a loophole in the Aussie investment industry that puts financial remuneration of the people selling investments over the financial wellbeing and best interest of their clients, everyday Australians.

Stockspot has long campaigned about unfair fees in superannuation and managed funds. LICs are no different. Thankfully, the government banned these commissions in May 2020. (Stockspot’s research) featured in ASIC’s recommendation to the Treasurer).

This has leveled the playing field for investors so Australian consumers start to get better advice from their advisers and stockbrokers.

A listed investment company (LIC) is an actively managed fund listed on the Australian Securities Exchange (ASX). Like a managed fund, LIC money is pooled together from investors to buy a range of investments.

Unlike managed funds, LICs have a company structure, so shareholders own shares in the company (as opposed to units in a fund). Investors buy and sell shares in the LIC to each other. This means no one can sell shares in a LIC unless someone is willing to buy them at the offered price.

LICs pay company tax (currently 30%) on earnings and can choose to pay distributions to investors in the form of dividends, including any attached franking credits.

There are 110 LICs on the ASX, worth $53b. The LIC market has shrunk almost 1% over the past year, whereas ETFs continued their explosive growth of 54% over the same period.

Nearly two thirds of LICs invest only in Australian shares, with the remainder investing in global shares and bonds, and a small number in infrastructure and property.

Most LICs trade at a discount to their Net Asset Value or NAV (average discount is 8%). For example if the investments inside a LIC are worth $1, a typical LIC would trade on the ASX at $0.92.

Here in lies one of the main problems with LICs: investors rarely get what they pay for as they rely on other investors in the same LIC to buy off them when they decide to sell.

This discount has increased over the last few years which has hurt their overall performance. These discounts may never close, trapping investors in LICs that have both underperformed and trade at a discount to their asset value.

Why is the share value of a LIC different from the underlying value of its assets?

The size of the discount depends on the management fee – which is a drag on future returns. For example, if the underlying assets are expected to produce a 10% p.a. return and the management fee is 1% p.a. the shares are likely to trade at a 10% discount (given the total return after fees is 9%).

If shareholders think that management can deliver an additional 1% p.a. return and the management fee is 1% p.a. then the shares will trade at the value of the underlying assets.

Most LICs trade at a discount to their Net Asset Value (NAV) as shown in the following table of all the LICs listed on the ASX. Note that the average discount to NAV is around 10%.

However, many LICs trade at discounts much greater than just taking into account their management fee. This is partly because investors have formed the view that management will underperform the market and partly because of the liquidity of the LIC itself. A seller of an unloved and ignored LIC may have trouble finding buyers at any price.

We recently discussed the key differences between ETFs and LICs and also provided some context as to why ETFs have been growing faster.


Tax differences between LICs and ETFs

LICs pay company tax on their income before distributing it to shareholders. This means LIC investors are entitled to receive fully franked dividends.

However, LICs tend to have much higher portfolio turnover than index ETFs, which creates an ongoing ‘tax drag’ from realising more capital gains each year.

ETFs distribute income on a pre-tax basis and pass on any franking credits received by Australian companies they’ve invested in. Distributions from the Vanguard Australian Shares Fund (VAS) are about 80% franked.

The creation and redemption process for ETF units is also tax efficient since there is no asset sale and no capital gains when units are created or redeemed. The ETF issuer can select which shares to use, so it will pick those with a low cost base, reducing the ETF’s tax burden.

The reason most LICs underperform is high fees

On average LIC costs are 5x more than a typical index ETF and that’s before the LICs costs of buying and selling shares, performance fees, tax impacts of high portfolio turnover and the dilution impact of LICs issuing more shares.

The impact of high costs becomes more apparent with each passing year as LICs find it more and more difficult to generate sufficient returns to make up for the drag of their costs.

The below chart shows that If you had invested $10,000 in one of Australia’s largest and most popular LICs five years ago it would be worth roughly $13,500 today including dividends and capital growth. That same amount invested in the Vanguard Australian Shares Index ETF (VAS) would have a 12% higher return at over $15,000.

This is one reason why we have advised clients since 2014 to invest in the Vanguard Australian Shares Index ETF (VAS) rather than use LICs that invest in Australian shares.

Performance of the largest Australian share market LICs vs ETFs

Many Aussie investors would be familiar with the Australian Foundation Investment Company Limited (AFI), which is by far the largest and most popular LIC with $8.9b in FUM. It’s also the oldest LIC in the market having listed in 1936.

Argo Investment Limited (ARG) comes in a close 2nd in popularity after building up FUM of $6.0b, listing over 70 years ago. Milton, WAM and BKI are also all over $1 billion in size.


Research by S&P/SPIVA that shows that 85% of active Australian share funds have underperformed over 15 years and this is also evident with LICs with almost all of them underperforming the index and ETFs.

Performance of the largest global share market LICs vs ETFs


In November 2020, Magellan merged it’s LIC (MGG) with it’s unlisted fund and ETF, and was not included in this table for comparative reasons. Returns as of December2020 (Source: ASX).


We’ve published articles in the past about Australians preference to invest in Australian shares. For investors wanting exposure to shares in global markets like the USA, Europe and Asia, ETFs have more consistent performance and are a better, transparent way to access these markets.

Sometimes a LIC will perform well but performance tends to come and go. According to S&P, only 1 in 10 U.S. share funds have beaten the index over 15 years.

This is why we advise clients to invest in the iShares S&P Global 100 Index ETF (IOO) rather than use LICs that invest in Global shares.

Over 20% of LICs on the ASX had a negative 1 year return to 31 December 2020. The average LIC return was 3.2% compared to the average ETF return of 4.1%. The returns within asset classes tell the same story.

8I Holdings (8IH) was the second best performer, delivering a total return of 83% over the last 12 months. Again this was another LIC which made the worst performing list last year (losing 52%). You may think they made up the losses, but they actually needed to return 108% to get investors back to even.

Both these examples highlight the difficulty with having sustainable and persistent long term outperformers.

WAM Microcap Limited (WMI) was the 5th best performer, returning 47% thanks to a strong technology and consumer bias in the fund and being more skewed towards smaller companies.

The worst performing LIC was Aurora Global Income Trust (AIB) which lost 34% over the year. It highlights the perils involved with income investing, rather than adopting a total return approach for shareholder wealth. For example, some providers target yield hunters promising high dividends, however their capital return negates any potential income benefit. For example, NAOS Small Cap Opportunities Company Limited (NSC) has a dividend yield of 6.2%, but returned a mere 1% for the year. Same situation with QV Equities Limited (QVE) which returned negative -5.3% after having a trailing 12 month dividend yield of 6.1%.

Both the Cordish Dixon Private Equity Funds (CD2 and CD3) were down 31% and 25% respectively. We have previously spoken about the danger of funds investing in illiquid and unlisted assets like infrastructure and private equity. Tribeca Global Natural Resources (TGF) was down 22%over the 12 months, severely impacted by the negative oil prices we saw during the peak of COVID-19.

Finally, the NGE Capital Limited (NGE) LIC was down 19% completing the bottom 5 list suffering from large concentrated bets on oil and resource companies.

Every year a couple of LICs perform well, but fund manager performance is inconsistent and almost impossible to predict. Of the top 25% of active Australian share funds in 2015, only 1% remained in the top quartile by 2020.

LICs served a purpose about 20 years ago but the investment world has moved on. In a country like Australia it is incomprehensible that stock brokers and financial advisers were not regulated to act in the best interests of their clients.

After years of loud voices and deep pockets of LIC lobby groups, the Australian government has finally acted to close the LIC stamping fee loophole.

It has further accelerated the trend we are seeing of more Australians turning to low cost investment options like ETFs to help manage their money. ETFs have clearly demonstrated, even during market downturns, their liquidity, superior performance and tax efficient structure.

*Does not include performance fees. Not all fees were publicly available via ASX or through the LIC provider

Whether you’re saving up for a home, growing your wealth as a couple, investing as a family or with your business partner, Stockspot’s joint accounts can help you get where you want to be.
Learn more
You might Also like… 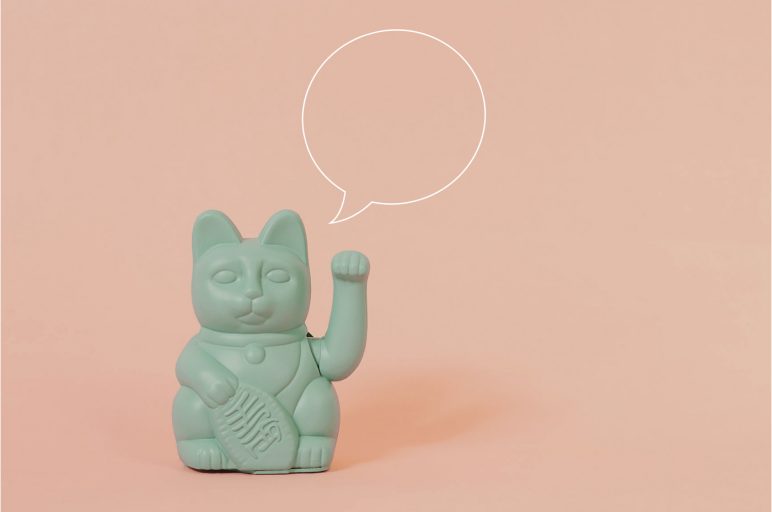 Where Are the Customers’ Yachts? The problem with wealth management in AustraliaOne of the reasons I started Stockspot was that I saw too many people getting poor investment advice.